Here’s a very brief SAT-themed did you know?:

The French and Italians both love pastry and fresh fruit, and as I looked at various recipes online, I realized that a free-form pastry with fruit filling can go by either name. But a galette can be other things, too. For a thorough examination of the topic, see Dorie Greenspan’s excellent post: I was particularly interested to read about the galette des rois, which I first encountered as a King Cake in New Orleans, where it’s a Mardi Gras treat. Apparently the galette des rois is baked for Epiphany in France, where it resembles an American king cake in the south, but is made of puff pastry filled with almond cream in the north. Oh, and according to David Lebovitz, the northern France-style galette des rois is sold the rest of the year as pithivers. In general there seem to be more variants on galettes than crostatas.

Confused yet? All you really need to know is it all tastes good!

For this galette-which-could-be-a-crostata, it was time for another foray into cream cheese pastry land. My crust was flakier this time, still less flaky than pastries I’ve made with more traditional pie crust recipes, but acceptably flaky. Also, it held together better than any acceptably-flaky pie crust dough of my experience. This characteristic was particularly important in a galette, since there’s no pie plate or tart pan to help things along.

I have fewer photos than usual. I made the galette last week, and there were apparently some technical difficulties in the photo-taking, or photo-transferring, I’m not sure which. In any case you’ll just have to take my word for it that the peaches were delicious, It was the perfect time of year for peaches in these parts, and this has been a particularly good year for them. I plunged them whole into boiling water for a short while as directed, and they all gave up their skins without complaint. The cutting and sugaring went off without a hitch, and as I said, the cream cheese crust held its shape like a champ.

I have always thought of free-form pastries as more difficult than pies and tarts, probably because my pastry dough usually needs much patching and careful handling. What I realized this time around is that while my pies end up looking uneven and a little sloppy, a galette/crostata with the same look is homely in a good way. Galette or crostata, I think there are more free-form pastries in my future. 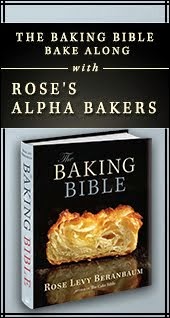